Fossil news from around the world.

Fossils in our shop

Shane McAlister conserves and reconstructs a Mosasaur at Crystal World 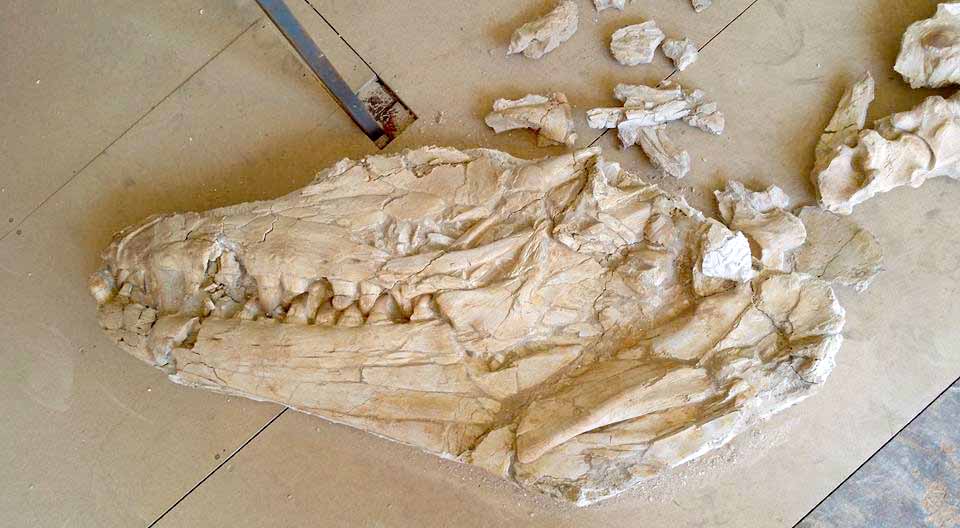 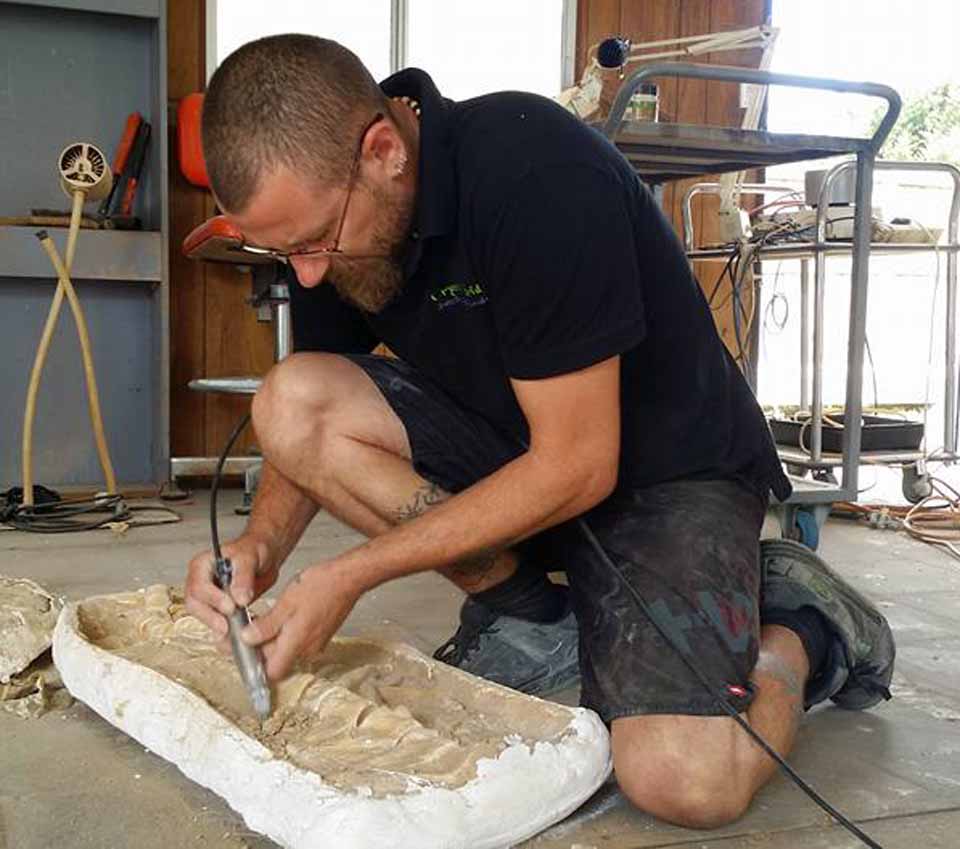 Mosasaurus was among the last of the mosasaurids and among the largest. As with most mosasaurids, the legs and feet ofMosasaurus were modified into flippers, and the front flippers were larger than the hind flippers. The largest known species, Mosasaurus hoffmannii, reached lengths up to 18 metres (59 ft),[1]slightly longer than its relatives Tylosaurus and Hainosaurus. Mosasaurus was also more robust than related mosasaurids. The skull was more robust than in other mosasaurids, and the lower jaws (mandibles) attached very tightly to the skull. They had deep, barrel-shaped bodies and, with their fairly large eyes, poor binocular vision and poorly developed olfactory bulbs, experts believe that Mosasaurus lived near the ocean surface where they preyed on fish, turtles, ammonites, smaller mosasaurids, and plesiosaurians. Although they were able to dive, they evidently did not venture into deeper waters.

Employment! Want to work at the Australian Age of Dinosaurs Museum?

They need nine Museum guides and are hiring now!

Where to collect fossils in Australia

“Fossils are a part of our natural heritage and while the vast majority of fossils found by amateur collectors are worth very little in monetary terms, they may be important scientifically. ”

A great article from The Australian Museum

How to collect fossils

An article regarding some of the challenges faced by Paleontologists

Fossils are sometimes found by accident

Evidence of a new geological epoch?

Dinosaur extinction and the rise of Mammals

A new analysis of the Cretaceous fossil Dinilysia patagonica is helping paleontologists solve an old scientific puzzle – how ancient snakes lost their limbs.

Mysterious Group of Extinct Humans Was More Diverse Than Neandertals