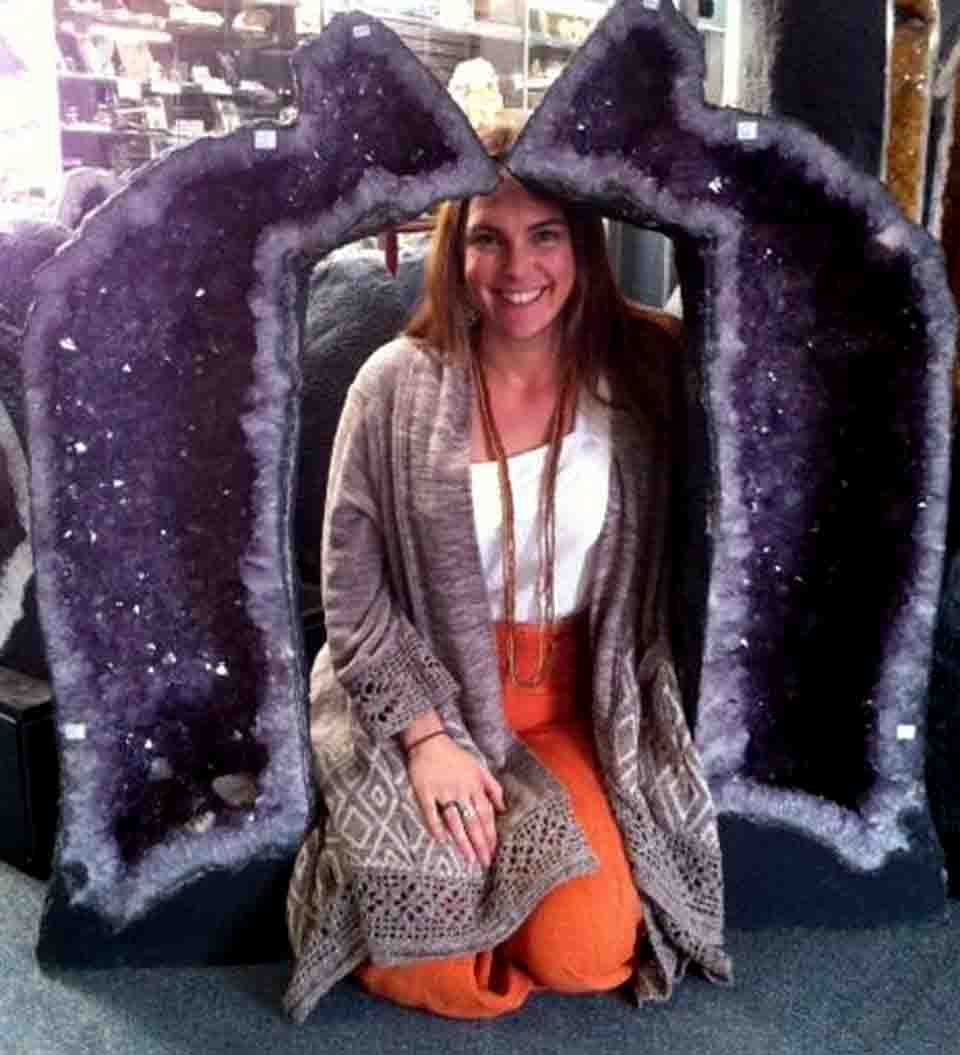 Geodes (Greek γεώδης – ge-ōdēs, “earthlike”) are geological secondary structures which occur in certain sedimentary and volcanic rocks. They are themselves of sedimentary origin formed by chemical precipitation. Geodes are essentially hollow, vaguely spheroid to oblate masses of mineral matter that form via either of two processes:

Geodes differ from vugs in that the former were formed as early, rounded, structures within the surrounding rock and are often removed intact, whereas vugs are irregularly shaped pockets, voids or cavities within a formation, often along a vein or in breccia. Geodes also differ from “nodules” in that a nodule is a mass of mineral matter that has accreted around the nodule nucleus. Both structures had the minerals contained within, deposited from groundwater or hydrothermal processes. Geodes commonly have a chalcedony (cryptocrystalline quartz) shell lined internally by various minerals, often as crystals, particularly calcite, pyrite, kaolinite, sphalerite, millerite, barite, celestite, dolomite, limonite, smithsonite, opal, chalcedony and macrocrystalline quartz, which is by far the most common and abundant mineral found in geodes. Geodes are found mostly in basalticlavas and limestones. The Warsaw Formation in the Keokuk region near the area where Missouri, Iowa, and Illinois join contains abundant geodes.

Crystal World mines Amethyst in Australia, we make polished slabs, cabochons, and sell rough lapidary material for cutters from our warehouse and factory in Devon Meadows, near Melbourne, Victoria Australia.