Fossil Ammonites represent an index species. Ammonites were a dominant marine animal between the Devonian and Cretaceous periods. Crystal World has a very large collection of Ammonite fossils from the size of a shirt button to more than 1.5 meters across.

The rock layer in which a particular species or genus is found to specific geological time periods. Their fossil shells usually take the form of planispirals, although there were some helically spiraled and nonspiraled forms (known as heteromorphs).

The name “ammonite”, from which the scientific term is derived, was inspired by the spiral shape of their fossilized shells, which somewhat resemble tightly coiled rams‘ horns. Pliny the Elder (d. 79 AD near Pompeii) called fossils of these animals ammonis cornua (“horns of Ammon”) because the Egyptian god Ammon (Amun) was typically depicted wearing ram’s horns.[1] Often the name of an ammonite genus ends in –ceras, which is Greek (κέρας) for “horn”.

Originating from within the bactritoid nautiloids, the ammonoid cephalopods first appeared in theDevonian (circa 400 million years ago) and became extinct at the close of the Cretaceous (66 Mya) along with the dinosaurs. The classification of ammonoids is based in part on the ornamentation and structure of the septa comprising their shells’ gas chambers; by these and other characteristics we can divide subclass Ammonoidea into three orders and eight known suborders. While nearly all nautiloids show gently curving sutures, the ammonoid suture line (the intersection of the septum with the outer shell) is variably folded, forming saddles (or peaks) and lobes (or valleys). 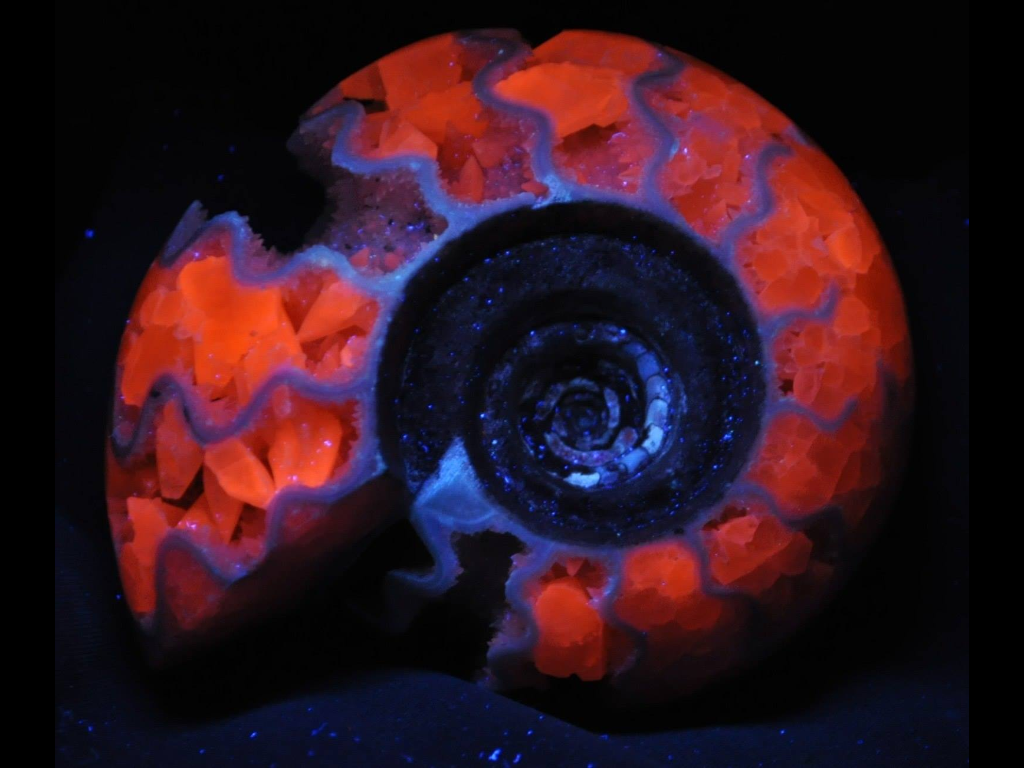